“Bitcoin absolutely is an industry that consumes a lot of energy,” Carter said in an interview with Bloomberg TV. “We needed to find a way to issue the units fairly, so to create a unit of bitcoin miners have to burn some energy.”

Commenting on how numerous Chinese miners use energy generated by coal to power their operations, the VC manager said the situation in that market is much more nuanced due to the country’s diversified structure of energy supply sources.

“In China, some bitcoins are mined with coal in the Shanxi province and Inner Mongolia, but … in the Sichuan province and Yunnan province, in those places, there’s a lot of hydropower” that is used to mine BTC, Carter said. 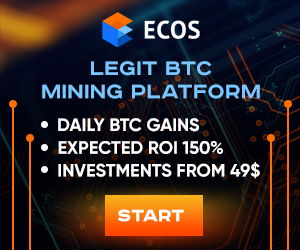 The “Cambridge Centre for Alternative Finance has some good estimates on bitcoin’s renewable versus non-renewable share of energy [and] they find that it’s about 39%,” according to Carter.

Cryptocurrency miners are also responsible for buying energy from markets that would otherwise struggle to sell its oversupply, according to the VC manager. However, it’s not the case in every country, as recent developments demonstrated.

To mine bitcoin, “all you need is the internet. So you have this interesting geography arbitrage situation where bitcoin is a buyer of energy in those places where it might be curtailed otherwise. Where energy might be abundant but there’s no buyer for it,” Carter said. “So that was the case for instance in the southern provinces of China … where there was far too much hydropower and China hasn’t done a good job at building the infrastructure to transport that to the population centers.”

As reported, the BTC price rise will provide a boon for miners. And that will likely spur them on to intensify their efforts yet further in the troubled Xinjiang Uyghur Autonomous Region, making use of old-fashioned coal power stations.

___
Learn more:
– Ukraine Wants to Bolster its Budget with Nuclear-powered Crypto Mining
– Ethereum’s Upgrade Runs Into an Obstacle as Some Miners Try To Stop It
– Associated Gas Pilot Could Lead to Huge Boon for Russian Bitcoin Miners
– Bitcoin Mining in 2021: Growth, Consolidation, Renewables, and Regulation
– Power-starved Abkhazians Face Internet Restrictions in Crypto Mining Crisis
– Bitfarms Signs a Deal That Cuts Bitcoin Mining Power Costs in Half
– Why Bitcoin’s Energy Consumption May Be a Price Worth Paying